In the early 2000’s, oncology nurse Yvonne Olofsson, together with engineer John Kern, developed a system in order to reduce chemotherapy-induced hair loss. The device they developed was named DigniCap with the name inspired by the Latin word dignitas meaning Dignity.

Scalp cooling has been used in various forms since the 1970s when some cancer patients would place bags of frozen vegetables or ice packs on their heads to try to stop chemotherapy from “burning” their hair. Although the mechanism of the treatment was not yet understood, the foundation for cooling the scalp to minimize chemotherapy-induced alopecia was born. 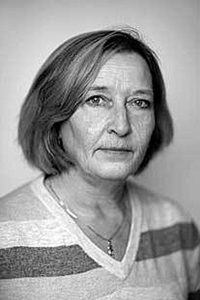 In the 1990s oncology nurse Yvonne Olofsson was working with cancer patients and their families in Sweden. She saw firsthand the traumatic effect of hair loss on her patients and recognized the impact it had on their physical and emotional well-being. She had heard of scalp cooling with ice packs, but knew there had to be a better way to produce consistent, controllable results that could be effectively used in a medical setting.

Working with engineer John Kern, Yvonne Olofsson developed a new system to reduce hair loss from chemotherapy. Their device consisted of a molded cap that was attached to cooling unit. The shaped cap was made of soft silicone to closely mold to various head shapes and sizes to reduce the risk of air pockets between the cap and the patients scalp. The cap was constructed with channels in a labyrinth pattern, which contained coolant that could then be dispersed across all parts of the cap. Equipped with a sensor-controlled cooling element, the machine provided continuous, automatic monitoring and regulation of the treatment temperature.

The device they developed was named DigniCap with the name inspired by the Latin word dignitas meaning Dignity.